Mountain regions which encompass nearly 24% of the total land surface of the earth and constitute home for approximately 12% of the world`s population in addition to nearly 14% global population living in their foothills and adjoining lowlands are highly critical from the view point of marginality, environmental sensitivity, climate change, constraints of terrain, geographical inaccessibility and less infrastructural development.

Mountains constitute the source of  a variety of ecosystems services, including water, biodiversity, soils, natural beauty, recreational opportunities, wilderness and cultural diversity which sustains the livelihood and economy of large population both in mountains and their vast lowlands.

Mountains headwaters provide freshwater to approximately half of the world population inhabiting the large river basins located far away from mountains.
The large mountain regions such as the Himalaya play a pivotal role in monsoonal circulations.

The effects of climate change on mountain regions could alter monsoon flow and intensify monsoon precipitation, affecting agricultural conditions for  huge portion of the global population.

The largest trans- boundary river systems of the planet have their origin in high mountains, and mountains have still the largest proportion of world`s forests which not only constitute global biodiversity hot spots and the pool of genetic resources, but they also regulate and modify climatic conditions and contribute towards mitigating global warming through serving as carbon sinks.

Mountain agriculture and farming systems constitute the principal source of food and livelihood for about half a billion population. 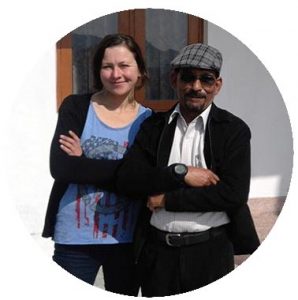 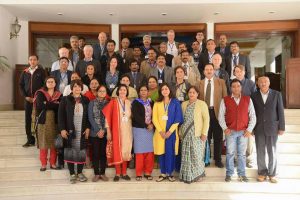